In 2016 fire brigade mobilize again within the framework of the 4th Eiffage Millau Viaduct Race.

They will be 800 to defend the « Œuvre des Pupilles » (for children who have lost both parents) flag, which celebrates this year its 90 years. Patron of this operation in 2014, Thomas Hugues give up his seat to Philippe Candeloro, who was an excellent ice-skater. Exceptionally, the consultant of « France Television » (french group of television and radio) will cross the viaduct by rollerblades.

At the same time, the association « Pompiers Solidaires » will be involved in the Race, but on the organization side. 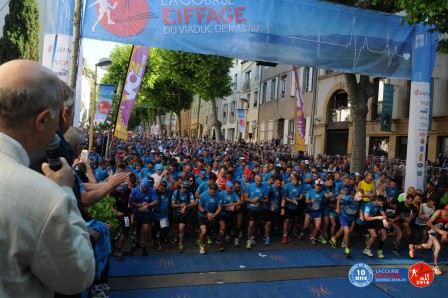