Started quietly in the 3rd wave with her friend Sabine, 41 years his junior, they took time to stop at the refreshment stands. Some photos on the viaduct later, they begin the downhill on the viaduct taking advantage to have the wind in the back to « pick up » 200 on 300 places… Our oldest member still has reserves, and finished second of his category. If he had not been so gourmand he would certainly climbed the first step on the podium ! 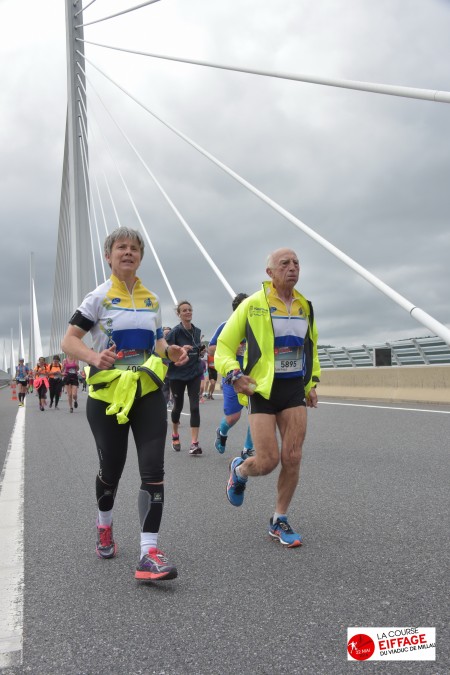