Approximately 300 metres above the river Tarn, as if suspended between heaven and earth, you will experience a moment of great joy. The fastest runners may even pass the leaders, who will already be on their way back! 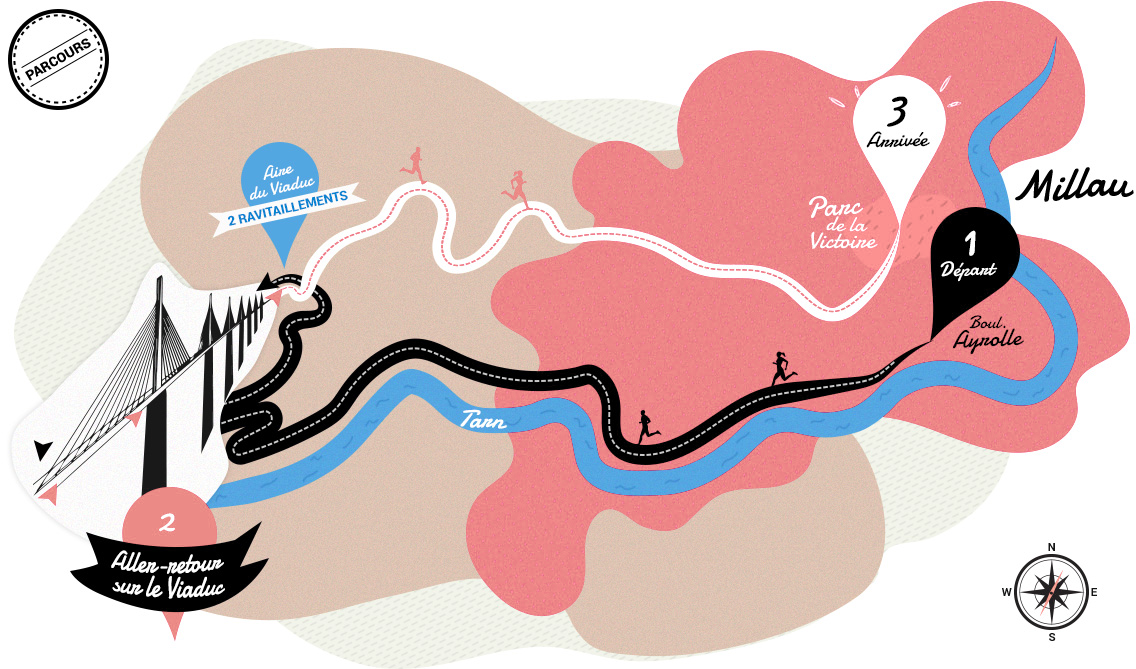 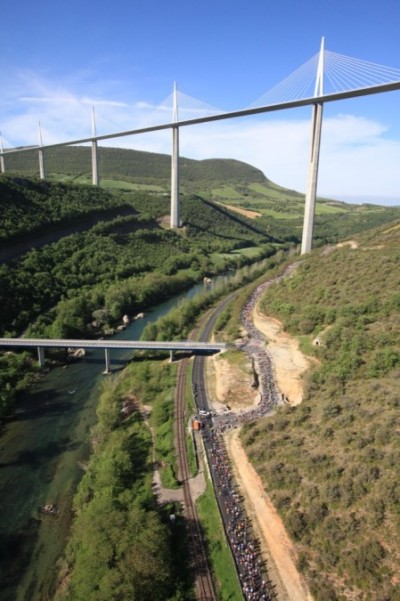 This race begins with a run across the city to the beautiful and picturesque Route de Peyre, which follows the Tarn valley. The terrain is virtually flat for the first five kilometres.

The Viaduct emerges from the cliffs of the Plateau de France

Having arrived at the Viaduct, at Pier P2, the runners follow the old northern access road, which winds beneath the construction. They then begin their assault on the Viaduct. You may feel very small... but you have the heart of a conqueror! At the top of the plateau, the runners approach the Viaduct from the north for a fabulous 2.5 km crossing (slope of 3.025%).

A souvenir photo is a must

This is a special moment, a moment to savour. Once on the Larzac, you turn back to cross the Viaduct in the other direction: another 2.5 km of joy with a breath-taking view of Millau and  Les Causses  that surround this city, famous for its glove making.

A beautiful track plunges down into the city, followed by a winding road that snakes over the foothills of the Causse Rouge. The circuit finally joins Rue Monplaisir before coming to an end in the paths of the Parc de la Victoire.

You will find two stands well-stocked along the circuit as well as a pit-stop for refreshments at the end of the race.

For safety reasons, when crossing the Viaduct, it is strictly forbidden to:

A dedicated team will ensure that these rules are respected.